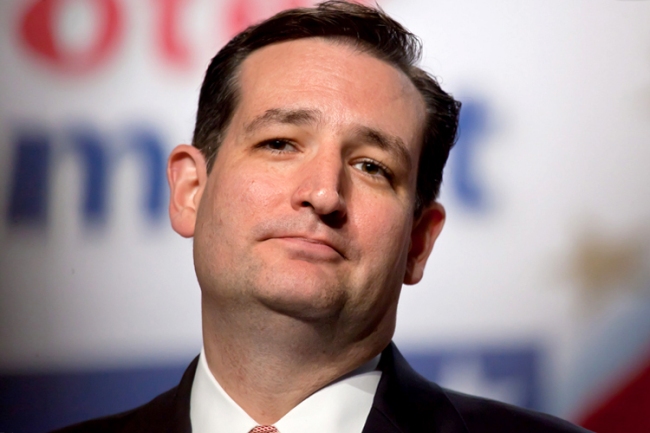 “All are mad but me and thee, and sometimes I question thee.”

GORDONVILLE — There goes the advice our elders gave us about making fools of ourselves in public.

Put another one on the “I don’t know what to tell me daughter now” list.

Sen. Ted Cruz spends 21 hours begging to be taken away by the men in the white coats and the White House in 2016 beckons – at least until the novelty wears off.

According to the Washington Post, Cruz’s 21-hour filibuster against Obamacare funding, which included reading a Dr. Seuss book but no bathroom break, has “leapfrogged” him to the front of the pack of rabid wolves in a Public Policy Poll.

The poll also revealed that GOP primary voters – an odd mix of corporate benefactors and trailer trash — suddenly have more trust in Cruz than other party leaders on Capitol Hill.

That says all there needs to be said about Cruz, the other party leaders or the same GOP voters who gave us George W. Bush twice upon a forgettable time and actually pulled a lever for a ticket that had Sarah “Palm Reader” Palin as the vice presidential candidate.

The lead for the Texas senator was not a big one, but don’t take much heart in that.

Following Cruz, who pulled in 20 percent of the nods, had pulled ahead of recent front-runner – and equally steadfast in draconian beliefs — Kentucky Sen. Rand Paul, who checked in at 17 percent.

New Jersey Gov. Chris Christie – about the only name in the mix I can stomach (partial pun intended) – followed at 14 percent. Next, from the Royal House of Bush, we had former Florida Gov. Jeb Bush.

“Ted Cruz this week established himself as the grassroots hero of the Republican party,” said Dean Debnam, president of PPP. “The party has more faith in him than (its) more official leaders like Mitch McConnell and John Boehner.”

His pre-shutdown schtick clearly, and amazingly, had an impact on the numbed-down and dumbed-down voting populace on the tea-bagged right.

He is up eight percentage points since July. The rise came from those who consider themselves “very conservative” (code for a lot of words, not many of which are in sync with the same 10 commandments they want to see plastered in public places) and by those who favored the shutdown by a margin of 75 percent to 10.

“Our numbers also suggest that Cruz is now viewed more broadly as the leader of the Republican Party,” the poll analysis said. “He now has more credibility with the GOP base than the folks who have been leading the party for years.”

The poll, which surveyed 743 Republican primary voters on Sept. 25 and Sept 26, carries a margin of error of 3.6 percent.

Make that margin for error 100 percent.

This hero is a zero.

Cruz as a presidential nominee would only serve to make America a more hateful and divided place than it has already become since his Tea Party, instead of manning up and forming a third party, hijacked any remaining modicum of rational thought within the GOP.

While his 21-hour charade may equate to being this clown’s 15 minutes of fame, we should still prepare for the worst and hope for the best when considering presidential scenarios for 2016.

We should see Cruz more than a guy blessed with an expansive bladder.

We should lift the hood and take a look at what is inside.

This dude needs more than a tune up. He needs an engine, circa the 1950s – when Dwight D. Eisenhower was the last of the sane Republican presidents.

What is most illuminating, especially when one considers he is standing on the shoulders of many “birthers” (those trying to make President Barack Obama illegitimate because they insist he was born in Kenya), is that Cruz really was not born in the United States.

And for those haters out there who took fiendish pleasure in saying our president’s full name – Barack Hussein Obama – with flames shooting out of their dragon tongues, one wonders what the response will be when they learn “Ted” is really named “Rafael.”

His father was from Cuba – you know, just like Obama’s absentee biological father was from Kenya – and it is unclear about his American citizenship. Like good Texans, both of his parents were in the oil business. Mom – an “American” originally from Wilmington, Del. — were living in Canada when the stork delivered little Rafael’s egg in Calgary, Alberta.

Honestly, this really shouldn’t – or wouldn’t – be an issue if so much weren’t made of Obama’s lineage. John McCain, defeated by Obama in 2008, was born out of the country as well, but only because his father was in the military.

Ditto for the fact that Cruz is well-educated, having gone to Princeton and then Harvard Law School — except that Obama was termed an “elitist” for also rising from obscurity to achieve that level of schooling.

Laughable irony aside, Cruz – who conveniently says “I’m Cuban, Irish, and Italian, and yet somehow I ended up Southern Baptist” — has enough red flags without playing gotcha about where he was born.

-In March of this year, three months removed from the Newtown massacre, Cruz stood with Paul in stating he would filibuster any and all gun control legislation. His grade from the NRA is an A-plus. Not sure how one gets more than A without genuflecting in front of Charleton Heston, but there you go.

-He flatly opposes same-sex marriage. What else can you say? An emerging leader – a cult “hero” — with such a closed mind is not where this country should be headed, but that is the state of today’s GOP.

-We know how he feels about the Affordable Care Act (the same thing as Obamacare, despite what viewers of the Jimmy Kimmel Show think), but really offers no option for society’s most vulnerable. This guy is Scrooge, before those pesky ghosts gave him a character adjustment.

-He is a Bush disciple. Enough said. Once you swim in that cesspool, there is no getting clean. Cruz joined the campaign in 1999 as a domestic policy adviser and played a key real role in the legal team that sealed the stolen election. Bush returned the favor, naming him associate deputy attorney general in the U.S. Department of Justice and later director of policy planning at the U.S. Federal Trade Commission (two posts that he likely considers trim-worthy fat in the Obama administration).

It may surprise even long-term readers to learn that I am not theoretically opposed to voting Republican. I have done so, on the local level, close to 50 percent of the time. I always voted for Arlen Specter, despite that irksome magic bullet thing, but I have yet to step to the right for president.

Doing so, eventually, is kind of on my political bucket list.

I have core belief that neither party should own in the Oval Office for more than two terms, so it goes against the grain.

But the GOP, with the likes of Cruz as its face, makes it difficult.

And on it goes — this underlying, and destructive, civil war of ours.

You want to elect Jefferson Davis II, be prepared for the consequences.