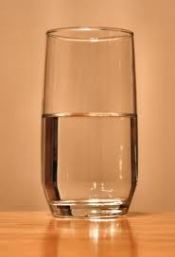 GORDONVILLE — To know me is to know that I have been known to be a sore loser.

And having Blood Type G-negative – as in green, with a glass-half-empty view – I don’t take losses by the Philadelphia Eagles well.

Never have, never will.

The only salve in a gaping wound that began with a small-but-decisive cut in 1970, when I went to my first game at Franklin Field (a 34-20 loss to the then-St. Louis Cardinals), would be bearing witness to a Super Bowl title before my eyes develop cataracts and my ears go completely deaf.

Therefore, it should go without saying that I have been taking Sunday’s figurative failure to disembark from the team plane in Minnesota – and the subsequent 48-30 setback – pretty tough.

And awoke Monday morning to smell the gravy.

Because the rest of the season, as I see it, is just that.

While taking the post-game temperature of the Eagle Nation, I found myself at peace. My usual subjectivity on the Eagles was wrestled to the ground and forced to tap out by overwhelming objectivity.

Falling to Minnesota was, in a vacuum, a bad loss.

But as a bad losses go, I’m kind of enjoying it.

Some of it has to do with the Dallas Cowboys doing their December Dane and choking against Green Bay – falling, 37-36, to remain a game behind the Eagles in the NFC East.

The end of the game was more humorous than an old episode of “All In The Family.”

Quarterback Tony Romo remained a Santa figure for opposing defenses each holiday season, with his smirk transformed into a dazed gaze. Head coach Jason Garrett looked like he lost his best friend. Owner/emperor Jerry Jones was  mortified. Diva/receiver Dez Bryant left the sideline and walked up the tunnel – to cry, he claims, in the locker room – something that would have made Eagles’ fans go ape-sugar had DeSean Jackson done the same thing.

The reality is that the one-game edge on the Cowboys is just window dressing because it can be erased in the season finale, with the tie-breaker for the division going to Dallas.

Of the four scenarios, only one – a Dallas loss to Washington and an Eagles’ win over Chicago – would end the division battle a week earlier than expected.

That means there is a 75 percent chance it will come down to the finale.

I am the good humor man for reasons beyond Dallas’ possible implosion that may make the Eagles the team to beat, even on the road, in that showdown.

It is because the Eagles, in head coach Chip Kelly’s first season, are even in this position.

My perception – forming my reality – is that the season is already a success. Anything that happens now is gravy.

Other than my ultra-optimistic older cousin Alan, who was more of an aware follower than a fan when the franchise plummeted off the radar after the 1960 title and didn’t reappear until Dick Vermeil turned it around nearly two decades later, no one thought a record of above .500 – and a division title – was realistic.

Most of us were braced for a transitional season.

In my season preview for PhillyPhanatics.com, I was Captain Hedge. I said that if everything went wrong, like in 2012, expect 4-12. I conceded that with some bounces and breaks, maybe a ceiling of 8-8. I added that if one or more NFC East rivals completely fell apart – like the Washington Redskins and the New York Giants ended up doing – maybe 9-7. But, given the Eagles’ nightmarish schedule – first three games under a new regime in 11 days and no bye until Week 11 – the most we could hope for was 6-10.

And 6-10, with a sense of direction, was going to feel a whole lot better than the 4-12 while wandering aimlessly through the desert like the previous season.

If and when the Eagles hoist the Lombardi Trophy, I can cross off the top item on my bucket list. Temple beating Penn State in football and the Flyers winning another cup after six straight losses in the finals can then move up.

I’ll think of my late father, who took me to my first game – and countless others – and excuse myself from the room and shed more than a tear.

And then I’ll take out a second mortgage and buy myself a replica Super Bowl ring and wear it every day on my right ring finger, just as I wear my wedding band every day on my left.

The Eagles are two good seasons away from being a serious contender. That’s when I will take losses like last Sunday a little more to heart again.

If the Minnesota game taught us anything, it is that the defense is not where it needs to be. The ongoing struggles on special teams show a lack of overall talent and depth.

And that’s fine. Rome wasn’t built in a day, but there was the confidence that it would be.

This season was more about a change of culture than wins and losses.

And the culture has changed, and beyond expectations.

Listen to sports-talk radio. It’s about all of this – the present – not who they might sign in free agency in February or draft in April.

Turn on the TV, to ESPN or the NFL Network. On a national level, the Eagles are intriguing. They are relevant. Back from the dead.

The Eagles are in the discussion again, and on the screen with their little playoff graphics.

Speaking of which, if the season ended now, the Eagles would host the San Francisco 49ers. That’s the same 49ers that were in the Super Bowl last season.

It might be tough to swallow, at least for a night, but it’s all good.

They were somewhere no one – except my cousin Alan – thought they would be.

We were lamenting Sunday’s loss – as we should be, to a certain extent – but look at the calendar. It’s mid-December, and the Eagles were playing a meaningful game.

A year ago, we were either shrugging off late-season losses or hoping for more to get a higher pick in the first round. That’s a long way to come in a short period of time.

Change of culture might be a tame way to put it.

This has been a stone cold culture shock.

And I’m enjoying every minute of it, even after the losses.