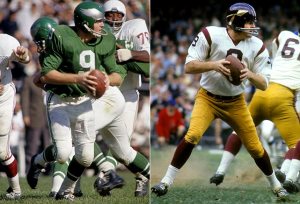 GORDONVILLE – I tried being Superman.

It didn’t work out too well.

It was that day in first grade when we got wear our Halloween costumes to school, and the Man of Steel was my superhero of choice.

There may be no comic book chronicling this adventure but Superman’s Kryptonite on this day was the double-knot on the back of the Woolworth’s get-up. While going to the little boys’ room, it didn’t come untied before a calamity occurred.

To raised eyebrows of classmates, I returned as Peter Pan – same as Kindergarten –that afternoon.

Although my grandmother’s first cousin created the Green Lantern, and pretty much got screwed out of royalties, my forever match to anyone sounding like a comic-book hero is, fittingly, out of the music world.

That would be Adam Ant, who scored a hit in 1982 – more than a decade after the Superman costume dried out — with the song “Goodytwoshoes.”

The otherwise forgettable new wave ditty featured the memorable line: “Don’t drink, don’t smoke – What do you do?”

That’s pretty much me these days.

For that matter, I don’t play golf or hunt or fish or hike or play poker with the boys.

I obsess over things I can’t control.

A lot of things I can’t control.

The list is so long that I can only go partial here:

-Snowstorms on days when you can’t stay home;

-Walking the dog in the rain (unless you don’t mind him pulling a “Superman”);

-People talking behind my back (probably about my dwelling on things I can’t control);

-People stabbing me in the back (probably because I act too much like Julius Caesar);

-A tick giving me Lyme Disease;

– iTunes changing the rules so that you need to give up your first born to shuffle songs;

– My real first-born, Sofia, having her feelings hurt at school and …

No matter what I want them to do, it seems that those Birds – with the brains to match — are going to do what they want anyway.

And the years pass, leaving me at 44th anniversary of Superman’s most embarrassing moment, without the one thing I want most from the wild world of sports – a Super Bowl title for my Birds.

Not two in a row. Not three in four years.

But it remains elusive.

I have been a fan for long, long time.

How long? My first game by my father’s side was at Franklin Field in 1970, making Lincoln Financial Field my third stadium.

In second grade, I traded in my Superman outfit for an Eagles uniform – the one with the white helmet and green wings – and went accident-free that Halloween of 1972.

I have been through too many owners and coaches to name, dreadful seasons and many where they were just good enough to not be quite good enough.

In the last 25 years, as I have grown into an alleged adult, the Eagles have had the best record in football — for teams who haven’t won the Super Bowl, that is.

My mantra has been to hope for the best but be prepared for the worst.

I protect myself in a veil of pessimism, trying to elude jinxes by exuding negativity.

This approach as kept me semi-sane.

But I went another way this year. I went public on www.phillyphanatics.com and predicted the Eagles would win it all this year.

And now, as it seems highly unlikely, I’m going for a ride on the crazy train.

I really had no basis for this out-of-character prognostication, other than that we were due.

And after Temple beat Penn State at the Linc, eliciting real post-game tears and leading to an item a notch below a Super Bowl win coming off my Sports Bucket List, I threw caution to the wind.

Hell had already frozen over, I surmised, so why not continue skating unfettered on the Pond of Dreams through the NFL the season?

Well, because we have to consider the very real possibility that the Eagles are living under some sort of curse.

It has become abundantly clear that the ice in hell was meant for only one bird, that being the Owl of my alma mater, and the wounded wings of the Eagles.

The 2015 Eagles now look more like Dream Team 2.0 (a reference to the 2011 Eagles that loaded up on free agents and failed to make the playoffs) than the one that will theoretically make my dreams come true.

While I don’t like to get my hands dirty – proven by the fact that I got a D-minus in Archaeology 101 while suffering from a bad case of Senioritis at Temple – I decided to go on my own dirt-free dig to get to the bottom of the source of the curse.

If all those annoying Bostonians can point to the selling of Babe Ruth to the Yankees – so that the team’s owner, Harry Frazee, could finance a musical called “No, No, Nanette” (no, no kidding … that was the title) – we can find something to that put a hex over our most beloved, and irksome, franchise, too.

If JFK was assassinated here, we’d be set, but he wasn’t. He was shot dead in Dallas. How many Super Bowls the friggin’ Cowboys have won?

Five. That’s how many. Five.

See what I mean? Not that easy.

It seems 1960 quarterback Norm Van Brocklin, aka The Dutchman, was promised the head coaching job here the following year but the promise was not kept.

But the numbers – like negative turnover ratio — don’t add up to a spiked ball in the end zone.

Van Brocklin did get his chance to coach in the NFL and the nine-time Pro Bowl quarterback will not be confused with Vince Lombardi. He coached the Minnesota Vikings from 1961 to 1966 and the Atlanta Falcons from 1968 to 1974 and got the playoffs just once. His career record: 66-100-7.

All due respect to the last guy to quarterback a team in this town to the Promised Land — not counting Chuck Fusina and Philadelphia Stars of the USFL or Willy Whoever and the Philadelphia Soul of the AFL — but we were probably better off.

That brings us to theory No. 2. Van Brocklin’s backup in 1960 was Sonny Jurgensen, whose primary role in 1960 was to hold for placekicker Bobby Walston (also the tight end, who kicked straight-ahead with more accuracy than Caleb Sturgis). That job earned him the short-lived moniker of Old Dirty Knee (only part of his uniform that got dirty was his knee from holding the ball).

Jurgensen got to take his place under center in 1961 and responded with 32 touchdown passes (still a franchise record that likely won’t be broken any time soon). For reasons that remain as mysterious as why Sam Bradford was seen as an upgrade over Nick Foles, Jurgensen was traded in 1964 to the Washington Redskins for a cornerback named Claude Crabb (I couldn’t make that up) and quarterback Norm Snead.

While Crabb was here for two seasons, ringing up a grand total of zero of his 10 career interceptions, Snead was an OK quarterback (think Mark Sanchez) on teams that ran the gamut from middling to hideous.

He actually scored the first touchdown of the game on a scramble when I made my aforementioned trip to Franklin Field in 1970 (a 35-20 loss to the St. Louis Cardinals). Snead made a Pro Bowl in 1972 (after moving on from the Eagles to the New York Giants, of course) but he was no Sonny Jurgensen, who was selected to the 1960s All-Decade Team and inducted into the Hall of Fame in 1983 after retiring in 1974.

And speaking of Lombardi, who made his household name in Green Bay (his only loss in a championship game was to the 1960 Eagles), he finished his career in Washington with Jurgensen as his quarterback. The legendary coach, for whom the elusive Super Bowl trophy is named, said Jurgensen was the best quarterback he had seen.

Ouch. It hurts my fingers just to type that.

Sure, opinions are like teeth, everybody has them until they fall out, at which point you are too old to really care anymore.

This is mine, the trade of an all-time great quarterback for a guy named Claude Crabb and a Tier II signal-caller named Norm Snead.

Forget the whiz and onions. Put that in your cheese steak and eat it.

We are now living under the Curse of Old Dirty Knee.

It sounds like a Spaghetti Western, but it is unfolding in the shadow of cash-only spaghetti restaurants in South Philly.

How do we break the curse?

A real one, not a first-grader who can’t untie the back of his costume.