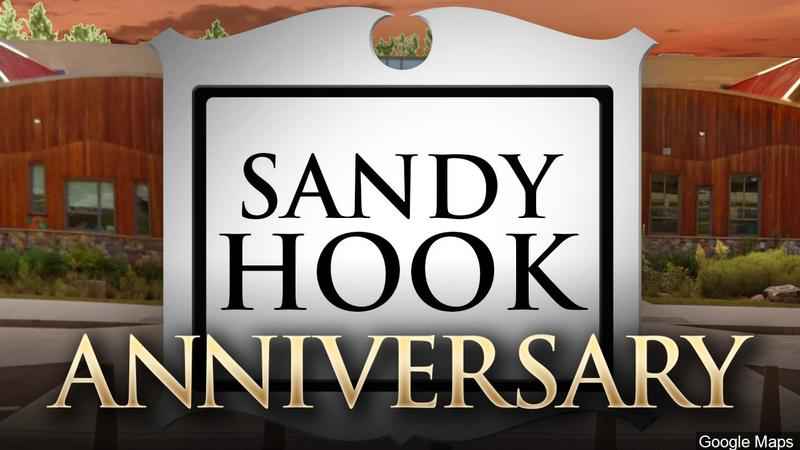 GORDONVILLE — The best part of my day is picking Sofia up from school.

I relish the moment, knowing the day when she will opt for the long way home – i.e. the bus – looms in the future.

The full details of the heart-wrenching tragedy in Newtown, Conn. were still not completely clear, but we knew enough.

When Sofia got in the car, she gave a big smile, completely unaware of what happened to other little kids whose parents sent them off to school, not knowing they would never see them alive again.

When I stopped to secure her in her car seat, which is part of the daily routine, there was none of the usual playful banter between us.

Losing the battle to fight back tears, and trying to imagine what those parents in Connecticut must be feeling, I just pulled her close and held on like I never wanted to let go.

It was a small snippet – one played out everywhere in America – in this country’s longest day since Sept. 11, 2001.

For me, that day ended when I got home from work.

Sofia was asleep. Sweet, innocent, unaffected – clutching her Winnie the Pooh stuffed animal – while our two cats, Hank and Licorice, curled up around her.

Unlike 20 precious first-graders, and the school staff members killed with them, she was going to wake up the next day.

I pulled her close again, and had the next of several hard cries – only pierced by therapeutic fierce battles with thick-as-a-brick conservatives on Facebook – that continued through last weekend.

When I took her to school Monday morning, there was a police vehicle on the premises. When I picked her up, it was there again.

Its presence was a sad commentary on the post-Dec. 14 world in which we suddenly live. Even sadder was the fact that I was relieved to see it there.

Welcome to the new normal. We never discussed the events with Sofia last weekend, instead changing the channel from the news to cartoons when she entered the room, but they addressed it at school Monday.

Later that night, she was seen hiding all the figurines in our Christmas village so ‘they would be safe from the bullets.’

She was assured that she had nothing to be worried about.

Where do we go from here in the quest to make that assurance a reality?

Here’s a start: We need to stop asking how these mass shootings can keep on happening in a civilized society.

The truth is that we don’t live in a civilized society.

During the whole ordeal, I was put in mind of those futuristic movies and novels that projected how our culture might be in the 21st century if we don’t have a serious gut-check moment.

And here we are, living it out like some self-fulfilling prophecy.

It’s time for some serious soul-searching, and it begins in my own chosen profession of journalism.

The quest for Pulitzers and Peabodys – not to mention ratings and driving traffic to websites – were blatant.

Children who survived, despite being recently scared and permanently scarred, were interviewed. Reporters and anchors talked about the death toll like statistics at a basketball game, waiting to see where it would rank with other recent massacres.

Then we have Hollywood. The gratuitous violence has become so common, seen as so necessary to fill the gaps in mediocre story lines, that our children are undaunted.

They become so numb to it that it is no wonder they don’t act out more often when things don’t go their way.

And then there is the elephant in the room: Gun Control.

They won’t even concede the obvious, that all of the above – along with social issues like the erosion of the Middle Class – are connected in an unholy alliance.

You can’t resolve one without the others.

You can’t break out your surgeon’s scalpel and carve gun control out of the mix.

This is no time to cling to your guns, or your religion.

If we need God in school, like some say, then we need God at the gun shows, too. We need God in places like our own state, where it is easier to get a gun than a driver’s license.

President Barack Obama, clearly moved by the tragedy, was feared and smeared as someone who was going to ‘take your guns away’ in his first term, as part of a greater left-wing conspiracy to ‘take your country’ from you.

Now, in his second term, with the specter of Newtown, Conn. happening just easily in Norristown, Pa. or Your Town, it appears the same sane president bold enough to give us semi-humane health care is ready to go where no president has gone before with gun control.

By forming a task force charged with getting answers sooner than later, he would be giving your country back.

Not only to us, but to our children.

So, this season, let us drop the inane debate over whether to say ‘happy holidays’ or ‘Merry Christmas.’ Unless you are abnormal – and I concede a lot of you are not (one whacky ‘Christian’ zealot already muttered that it was God’s wrath for gay marriage) – there is nothing to be merry or happy about.

For all the gifts under the tree on Christmas morning Tuesday, or those already given out during the eight nights of Hanukkah, there is only one gift to give this year.

It is the promise to work together for a better world – that civilized society where these tragedies are not supposed to happen – and where we hold our kids out of love and joy, not fear and sorrow.

This column originally ran in The Times Herald on Dec. 22, 2012 (the first Sunday after the Dec. 14 Sandy Hook massacre)