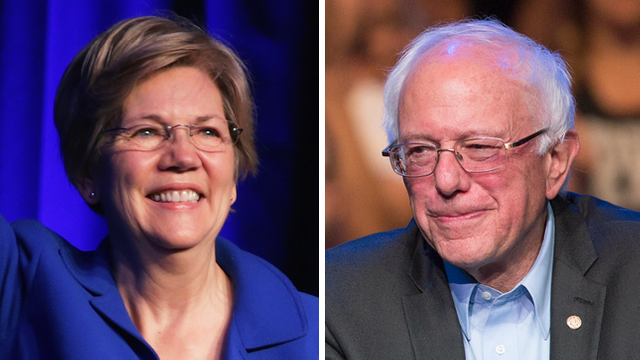 GORDONVILLE — You know what I miss most from my younger days?

Going to this place they called a newsstand to purchase something I could hold in my hands. It was usually a sports magazine and the purpose was to check out the latest rankings in boxing, college sports, etc.

In the spirit of the times of yore, let’s review my rankings, post-debate, in the Democratic presidential field (all listed, and even those who missed the cut, are 110 percent better than what we have now):

1) Bernie Sanders (BernieSanders.com): I’m including that website – as I will for all – because my chosen candidate since last presidential election is mistakenly depicted as someone who wants to “give everything away for free” without a plan to pay for it. There is a plan. You’ll love it, trust me.

2) Elizabeth Warren (ElizabethWarren.com): Not much substantive difference between her and Bernie, and I’d vote for her in a heartbeat if it came to it.

3) Tulsi Gabbard (Tulsi2020.com): This is where there is a big gap between the top two and next group, where I saw a lot of people who would make quality cabinet members for Pres. Sanders or Warren. Among them was this 38-year-old Iraq War vet. Secretary of State Gabbard? I like it.

4) Kamala Harris (KamalaHarris.org): In real time, her verbal assault on front-runner Joe Biden seemed more calculated than off the cuff. Still, while I’d like to see her serve more time in the senate, I would pay good money for ringside seats to see this 54-year-old former prosecutor dismantle your president (not mine) in a debate. Attorney General Harris? I like it.

5) Eric Swalwell (EricSwallwell.com): A 38-year-old with a boyish smirk that reminds me of the kid no one really likes but who always wins the election for student council anyway. Still, he ranks this high because of he is the strongest of all the candidates on gun control, my long-standing No. 1 issue.

6) Cory Booker (CoryBooker.com): When Booker spoke at the Democratic National Convention in 2016, I said to myself, “Self, this is a future president right here.” I still see it. I’m just not sure about 2020.

7) Jay Inslee (JayInslee.com): The Washington governor is a single-issue candidate. That single issue, though, involves trying to save us from ourselves on climate change. Some of the candidates want to save the country, Inslee wants to save the world. Cabinet seat? Please?

8) Julián Castro (JulianForTheFuture.com): Before the debate, the former Housing and Urban Development secretary was just one of those guys in the red shirts on U.SS. Enterprise who met a tragic fate early in Star Trek episodes. But he came prepared and vaulted himself into a position to sway what will be the vital Hispanic vote. Vice President Castro? Who knows?

9) Andrew Yang (Yang2020.com): Want an extra $12K per year? Yang is your guy. Like Sanders, there is method behind what sounds like madness and worth investigating. Since he has no real opinion on anything else, he’s not a viable president candidate, though.

10) Marianne Williamson (Marianne2020.com): Let’s be clear. I have as much chance of being elected president as she does, and she’d be the first one to tell you so. That was liberating enough for her to really say what needed to be said a few times. Before a rather bizarre Yoko Ono moment toward the debate’s end made this Oprah disciple the butt of day-after jokes, I was semi-impressed.

11) Joe Biden (JoeBiden.com): The presumptive nominee ranked behind Marianne Williamson? Yeah, right now, that’s the way it is. Consider it a wake-up call, my man. Nobody wants a guy named Joe to be ordinary.

12) Beto O’Rourke (BetORourke.com): The flavor of the month has lost its taste, and the well-meaning congressman whose claim to fame is a moral victory in a Senate bid against Ted Cruz didn’t seem to have much focus on the debate stage.

13) Tim Ryan (TimRyanForAmerica.com): In the debate, he sounded a lone resonating note that ignored applause-line topics that won’t amount to a hill of baked beans in the general election (LBGTQ rights, legalizing marijuana, prison reform, etc.). That note – winning back key swing industrial states like his own (Ohio) and ours (Pennsylvania).

14) Amy Klobuchar (Amy-Klobuchar.com): This well-meaning Minnesota senator is failing to distinguish herself.

15) Steve Bullock (SteveBullock.com): He wasn’t in the first round of debates, but that could add to his mystique as the new sheriff in town (he has the ideal name for it for a hero in a Western).

16) Pete Buttigieg (PeteForAmerica.com): How dare I, right? Well, I just dared. He brings a lot of good qualities to the table, but let’s turn those qualities into more experience on the national level and we can talk down the line.

17) Kirsten Gillibrand (2020.KirstenGillibrand.com): First of all, is that domain name even legal? Secondly, she was quite the annoying Ms. Budinsky for a while on the debate stage, but then something happened on the road to Rudeville. She made sense on a variety of issues.

18) Wayne Messam (WayneForAmerica.com): Interesting to note that Messam was just elected to his third term as mayor of Miramar, Fla., which has a larger population than Buttigieg’s South Bend, Ind.

19) Joe Sestak (JoeSestak.com): Once upon a time — in a galaxy far, far away — I sat in on an editorial conference with Sestak during one of his failed bids for the senate. A former three-star Navy admiral, he called me “sir” – twice. That earns him a spot on this list.

20) John Hickenlooper (Hickenlooper.com): Pres. Hickenlooper? Try saying that out loud. You can’t? Neither can I. It’s a shame, because he is tough on gun control (see website).

This Column ran in The Times Herald on July 7.