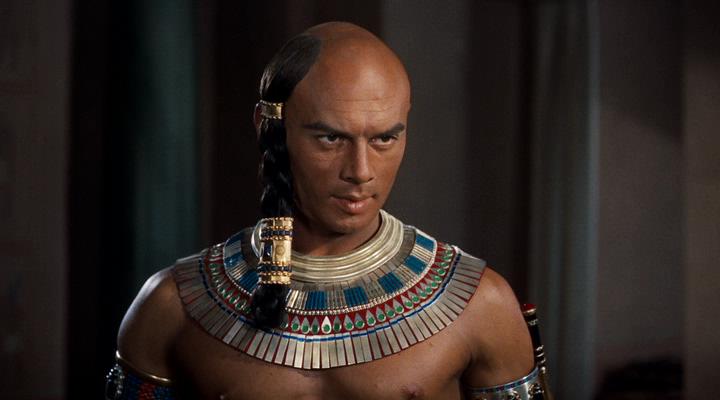 Long-term, though? Forget about it – pardon the pun.

I remember the almost-frozen ice cream sandwiches on the beach in Atlantic City (this is before I became Lactose intolerant).

And I remember going to a lot of movies (before there were video stores) and getting popcorn you didn’t have to butter yourself.

And the TV shows, with only three network channels and the UHF stations (no cable, no Netflix) that always needed rabbit ears for better reception.

When I loved a movie, I would see it multiple times. Being from a broken home – yeah, I am playing that card again – it was automatic that one I saw during the week could be seen again on the weekend to get out of the way of the missiles flying at my father’s home.

One movie that was a hit in Gordonville was “The Ten Commandments,” an epic drama about the exodus of the ancient Hebrews from bondage in Egypt.

Starring Charlton Heston as the protagonist, Moses, the plot of what now strikes me as embarrassingly hokey dialogue was stirred by Rameses II, the antagonist played by Yul Brynner.

What set Brynner apart — beyond an accent that was a mish-mash of Russian, Swiss and Mongolian – was his shaved head (with had some weird ponytail thing hanging out of it for a while).

The movie was made in 1959, six years before I was born, but it made the rounds again in theaters in the early seventies.

At a time when men had hair longer than a lot of women, it struck me as a bit unique.

On television, there were a plethora of classic detective shows that all 264 high-tech CSI shows combined could never match. 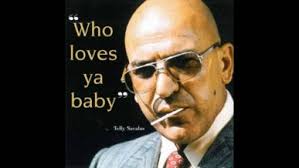 A standout was the gritty “Kojak,” starring Telly Savalas.

In addition to his signature lollipop, the character had a shaved head.

Maybe shoulder-length hair of men had given way to the more “disco” blow-dry look (think John Travolta in “Saturday Night Fever”), but going all shaved was still way out of the norm.

Most bald men just went bald, usually with those awful fringes around the side that some would let grow out of proportion.

That horror hit close to home. 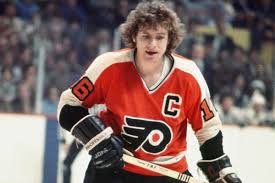 My father would go to a barber – the same guy who “styled” the hair of some of the Broad Street Bullies (he claimed he used the same scissors and comb on my hair as boyhood idol Bobby Clarke) – whose supposed specialty was covering bald spots.

My maternal grandfather used an at-home pullover approach that would never fly today.

The shame of it was so powerful that some resorted to hair pieces that were obnoxious.

Genetically, I was doomed to be bald.

A sad fate for someone who could never get it right.

One constant through my misbegotten youth was a lot of bad hair days trying to emulate either the rock stars or sports stars I so admired.

There was one respite from the madness. It came in fifth grade, when even older women in sixth grade, seemed to have crushes on me.

I got hitched to the adorable Barbara Padgett one day at recess (breaking many hearts in the process), and figured I’d be set as a playboy for life.

But an early onset of puberty was not kind.

By sixth, I was playing in the minor leagues.

My father would order the barber, the Flyers’ guy, to turn my Juan Epstein thing into a “camp cut” before going away to camp (thus assuring being turned down by the fairer sex for roller skating or dance at a record hop).

In protest, once back in the world, I let it grow out into an all-out Brillo pad atop my head.

I made matters worse by blow-drying it, because it seemed like the cool thing to do, as opposed to letting it dry naturally.

Giving up trying to look like Bobby Clarke – or some other hockey players (a guy named Ron Duguay from the New York Rangers had the ideal look) – it turned into an all-out quest in high school to nail the look of Roger Daltrey (lead singer of The Who).

On a good day, the best I could do was Neal Schon from Journey, and that was usually right after a shower.

I eventually went to the John Oates look in college, and got by enough to do OK with the opposite sex – and meet my eventual wife, who says I “grew on her like fungus” – but then genetics set in and I started losing hair.

Fortunately, and fortuitously, I noticed more and dudes on TV – from guest experts to law enforcement officials to aging rockers to athletes – doing away with those hideous fringes and either go closely shaved or all bald.

My cousin, Aimee, told me I could “rock that look” a few years ago, but I filed it away for future reference.

I took it slowly, but I recently instructed my barber – former Kennedy-Kenrick athlete Steve Devlin of Mike Devlin’s Barber Shop in Broad Axe – to shave it all the way down before our trip to Nova Scotia.

I was thrilled. Finally, I looked like everyone else.

We were north of the border, where people are nice to one another, for so long (2 weeks) that I was sick to my stomach when it grew in too fast.

I have been back twice since, within the span of a week.

Yul Brynner and Telly Savales have become the new Bobby Clarke and Roger Daltrey in Gordonville, and I couldn’t be happier.