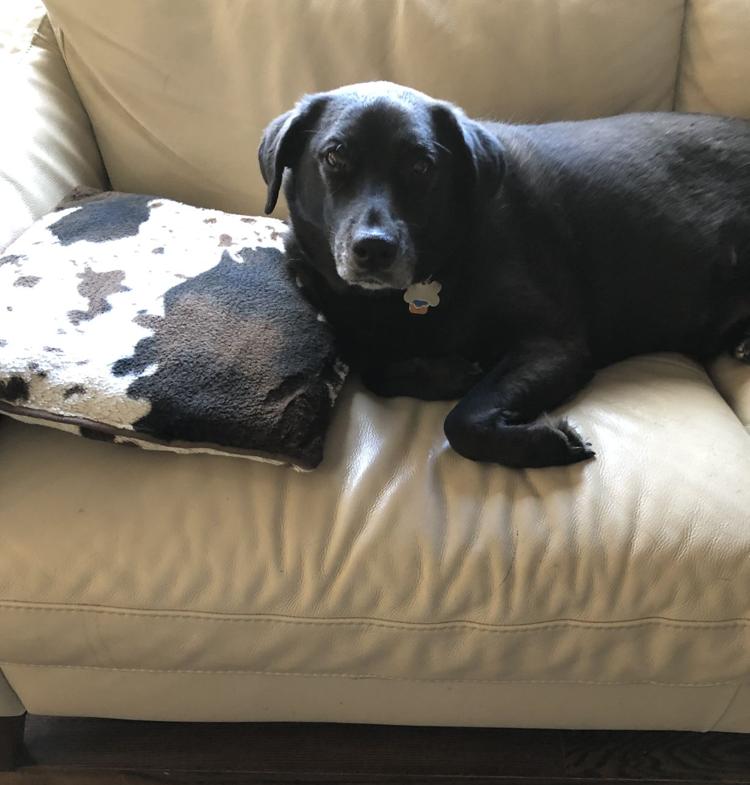 “The greatness of a nation and its moral progress can be judged by the way its animals are treated.” -Mahatma Gandhi

GORDONVILLE — I always have to laugh whenever a new multiyear study comes out proving that dogs show love.

That one has been proven, repeatedly, throughout centuries of their human counterparts not getting it right.

And yet, we have all these sayings – with negative spins – with dogs in the punchline.

-Lay down with dogs, you get fleas.

-This place has gone to the dogs.

And considering all they give us, making houses homes, it would be fair to say that it shouldn’t happen to a dog.

That one, I’ll agree with.

Not to go all Sarah McLachlan on you here, but the way dogs are mistreated in America is all we need to see about how we see ourselves.

Because, as another saying goes, a dog is man’s best friend.

And we are, at least not as a whole, not always quality friends in return.

Because dogs can’t speak to us, there is no way to know for sure. According to the Humane Society, human victims – those of domestic abuse – report staggering results: 71 percent say their abuser also targeted pets. The number goes up to 88 percent in households under supervision for child abuse.

While dogs in fighting rings get more media attention, there are an untold amount of cases wherein there is neglect ranging from being chained outside all day, in all kinds of extreme weather conditions, to being underfed.

I shudder at the thought that one of those dogs was our dog, Rex, but it is likely.

The other day, we were trying to do the math on just how long he has made our house a home.

This coming January will be six years. In mid-August, the mostly black U.S. Breed (Border Collie and Black Lab, who rank first and seventh in intellect) will turn 8.

We don’t know much about his past, other than a video – an appeal – from the shelter in Darlington County, S.C. (the same dot on the map that inspired one of the Bruce Springsteen songs, but I digress) asking for no-kill shelters up North to take pity on his soul.

Rex had been brought into the shelter in Darlington, and was physically separated from his owner, a female, who was beating him because he didn’t want to be left there.

Scared and shivering, he may not have survived the night had the workers there not kept him with them behind the counter, knowing that being with other dogs that were more aggressive could have meant disaster.

The next day, the video was made, seen and sent up to our area.

Not sure who was luckier, him or us.

On a bitter cold day in January while stopping by the local supermarket, an area dog rescue was showing dogs for adoption. His eerie likeness to our dearly departed Randall (1989-2005) caused me to stop and take notice.

Once he backed away, showing timidity, my heart went out.

Within a week, he was ours.

I’m not going to say we all lived happily ever after, because that would be a lie.

Rex was afraid to enter certain rooms in the house and he was about zero percent housebroken. Sure, if he was being walked at a time when he happened to need to do his business, he did it.

If not, he did it wherever (leading to a complete changeover from carpet to hardwood).

I can’t say I wrote the book on housebreaking a dog. I can just tell you that I got him from zero to 100 percent within months by just walking him so much that a neighbor at a cookout asked how many times a day I walked him (I always seemed to be passing by when he was grabbing a smoke outside).

These days, three walks a day, 8-10 hours apart, is fine. No accidents. Ever.

The only other requirement was a whole lot of TLC. That was the easy part. We gave him the love he did not get down South, and he gave it back to us.

These days, he is not only a long way away from Darlington County, S.C. in distance (8 ½ hours), but in how he lives his life in a home where he has three – yes, three – beds strategically placed around the house (including by the fireplace).

Sofia may give only one-word answers after being picked up from school, but she will immediately fall all over him – as he approaches, tail wagging like a propeller — when she enters the house.

His mama is his favorite person to curl up with, and I’m his daylong companion, as we read each other’s minds, including our favorite time of the day – the midday nap.

He just looks at me, gets the sense it must be time and runs upstairs and jumps up into bed. While some people have lap dogs, I have a nap dog.

We have three cats, and he has zero issues with two of them (the third is another story), and he doesn’t even seem to care that we have a rabbit, Buttons, living in the laundry room.

There are a lot of nasty clichés about dogs, but not here.

Sometimes, when the weight of a world in turmoil seems too much to bear, you just have to be thankful for the simple things.

We enter Thanksgiving thankful for Rex.

He can’t actually say thank you in return, but that’s not needed.

It’s just a crazy cool connection we have that makes it understood.

And it should happen to all dogs.