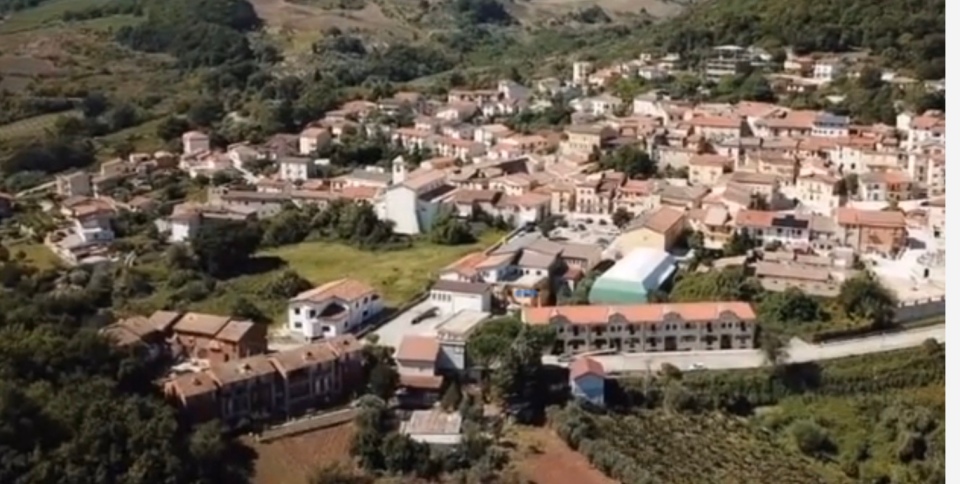 For Paula Bodden, the American experience couldn’t be more … American.

Her mother, Teresa, cooked an authentic Italian meal for former president George H.W. Bush three times (once as a presidential candidate, twice as vice president), and he returned the favor by inviting mom and dad, Bob, to the White House to a state dinner in honor of the then-president of Italy.

“I was very lucky to have such great parents, and (Bush) and Barbara just fell in love with them,” said Bodden. “My mother grew up poor and on a farm there on Belvoir Road, yet she had no problem talking to the president.”

The friendship began when her dad introduced himself to Bush at a town hall held at the former Valley Forge Music Fair.

“My father was very charismatic, so they became fast friends,” said Bodden.“Many times I would stop by and Bush would call my father to talk about different things. I know it really sounds unbelievable.”

For Bodden, this connection even meant a tour of Air Force Two (vice president’s plane).

Nonetheless, she never forgot where she came from – literally.

She always felt connected to her roots and, in an era of DNA kits and the Internet, she was able to scratch that itch. Her journey became a quest, and that quest lead to what seemed like the ideal place.

On Facebook was a page dedicated to Casalduni (“My Casalduni Roots”) – in honor of those around the globe connected to the small municipality of around 1,500 in Italy, northeast of Naples, from which many made the Blackhorse (or Black Horse, depending on your preference) – a part of Plymouth Township bordering Norristown – their home for generations.

One-stop shopping? It was too good to be true.

But, when Bodden requested entry, she was greeted by the page administrator like a security guard for the National Mint.

“She wouldn’t let me in until I could prove who I was,” said Bodden, now chuckling at the initial layer of security.

It was, in the alternate Facebook universe, a private group.

After Bodden satisfied the requirements of the page administrator – Anna Frangiosa, who was born in Casalduni but has lived in Brisbane, Australia since the age of 3 – Bodden found herself in a Land of Oz.

As the two forged a bond, speaking regularly over the Internet, Bodden’s figurative family tree – with three of four grandparents tracing their roots there – naturally blossomed.

“She could tell me so many things about my family,” said Bodden of Frangiosa. “It was like having her tell me my fortune. Here she was, living half a world away, and she put me in touch with my roots.”

If the name Frangiosa rings a bell, it is not an accident.

It is one of several last names – i.e. Corbo/Carbo, Sylvester/Sylvestre, Salamone/Salomone, Borzillo, Romano, Mancini, Longo – that originated in Casalduni and became rooted in Blackhorse before eventually expanding throughout the entire Greater Norristown area.

Bodden’s maiden name was another common one, DeAngelis (sometimes D’Angelis).

“I was always interested in my roots,” she said. “It might have been because my grandparents lived with us. They were amazing.”

“This makes me regret not asking my family members for more stories. You can’t get that opportunity back.”

Bodden’s great-great grandmother had 13 children – leading to, literally, hundreds of descendants “all over the world,” which made the connections made by Frangiosa easy pickings.

It’s what she does.

“This whole exercise and the DNA testing that has come with it has put so many of 4-6th cousins in touch with one another and it has been an absolute pleasure to find so many people with an ancestor from Casalduni, such a small town that only survives on tourism from people like us that want to retrace their roots,” said Frangiosa, whose father migrated from Casalduni to Australia in 1953, after which she followed with her mother.

Frangiosa added that the “initial reason for starting my research” was to find a cousin who had been fostered out in Switzerland as a child of an unwed mother. By establishing a database of over 23,000 names, all in some way connected to people with their ancestry in Casalduni, it allowed her to help others find their roots.

“It was a manual painstaking journey but has been made so much easier by the digitalized records currently available,” said Frangiosa, who refers to Blackhorse/Black Horse as “Norristown” because of the former mailing address (it’s now Plymouth Meeting).

Added Bodden: “People are willing to cross the country to meet other people. It’s bringing people together and we want to meet each other. There are hundreds of us, all over the world.”

Bodden’s great-great grandmother’s brood led her to the movie theater, watching the credits roll with pride.

“One (relative) is a man from Los Angeles named Don Sylvester,” she said. “He just won the Oscar for sound editing for that movie ‘Ford Vs. Ferrari.’”

Due to the town’s population and the diligent work of its mayor, Pasquale Iacovella, Casalduni has avoided the direct impact of the Covid-19 outbreak that has ravaged Italy – especially to the northern part of the country.

Still, it has indefinitely derailed Bodden’s plans to travel there in October with her husband, Bob, and her cousin, Jim Romano, and his wife, Angela.

When she does go – and she vows she will – Bodden will come bearing gifts.

“Yes, my grandfather came to Plymouth Township in 1905 with his family when he was nine,” said Bodden. “He traveled back there in 1937. I have a lot of pictures and postcards from that time, and even earlier.

“There is a young guy there who has started a museum and wants to preserve the history of the town, so he welcomes anything from the past.”

When the Boddens and the Romanos eventually get there, there will not exactly encounter a thriving metropolis waiting.

Casalduni was once a bigger town but, due to earthquakes and landslides, the nearby town of Ponte – with a railway station — became more prominent.

Said Frangiosa: “There was no manufacturing or scope for advancement or employment opportunities in the mainly farming community so many of the male contingents, at least my ancestors, left either for other parts of Europe or farther afield for Argentina, USA or Australia.”

She explained that the lure of the United States were the reports for employment opportunities, which remained until there was an embargo in the early 1950’s, which is why her family went to Australia.

“My father tells of reports from the returned interned servicemen who recounted stories of ‘streets paved with gold’ and ‘money growing on trees’ but not sure where that came from,” said Frangiosa. “Most of my ancestors were not afraid of hard work because of their farming backgrounds and would do just about any work for their family’s betterment.”

Frangiosa, herself, has a strong connection to the Blackhorse area, as four from her grandmother’s family went there.

“As my husband and I are second cousins, my grandmother and my husband’s grandfather were brother and sister and that is where the Frangiosa connection came to be in Norristown,” she explained.

She added that favorable reports were recounted to the family by her grand uncle, Nicola Antonio Frangiosa (1862-1946) when he went back to his home country for a holiday.

“The family still remembers the gifts he brought with him,” said Frangiosa, added that his wife was Luigia Frangiosa (1907-1986), a Frangiosa by birth and by marriage and from the same home town of Casalduni. Her father was Lorenzo Frangiosa.

“Again by tracing her lineage I found she was related to my Mother’s father’s side of the family,” she said.  “My grandfather, Francesco Salomone (1892-1986) also went to USA to work in the quarry between the years 1906-1911.  With all the marriages within Casalduni and surrounding communes, the same names keep on recurring.”

Frangiosa spends time caring for her 95-year-old father, limiting her travel opportunities, even before the pandemic.

“Unfortunately, I have only been to Norristown once to connect with the family of my grandmother and my husband’s grandfather, but was made aware of many people whose roots originated in Casalduni,” she said. “I would love to revisit and intend to but am currently caring for my dad. … He is my source.”

Frangiosa added that, once she achieved what she required from her and her husband’s direct family lineage, she started concentrating on the families of our grandparents and great grandparents’ siblings and that is where she uncovered so many descendants of deceased relatives that went to Norristown.

“The names were all so repetitive, but having connected with people that match our DNA, it did not prove too tedious to match their data to mine and hence make a family connection,” she said. “It has helped that I come from a very close-knit family who kept in touch with cousins all over the world and that I knew all our 18 grandaunts and uncles and my father, who is 95, is alive and still lucid enough to feed my insatiable desire.”

Frangiosa recount a success story that she called her “greatest joy,” which was bringing closure for an American woman who matched DNA — and through mutual research and her hiring a private researcher — she was able to unravel out who her biological father was and, as a result, connect her with more family.

“It was so coincidental that I had actually met her father when he travelled from Norristown to meet the Australian branch of the family,” said Frangiosa. “It was very gratifying to be able to convey information and photos about a father she never knew.  He also never knew he had a daughter and went to his grave without ever knowing.

“As you can probably tell, I love Australia but am passionate about my birthplace and love my connections to kinfolk all over the globe. The internet has been a blessing and has helped connect Brisbane to Norristown to Casalduni.”