It was too good to be true.

Cutting class, and school, was such a perfected specialty of mine that other kids at Northeast High would come to me for advice on how to pull off their own daring escapes, whether they be inside or outside the building (and how and where they could best go undetected – like the underground railroad – once they made it).

I don’t remember the reason why the day existed in late May of 1983. I’m taking an educated guess it was the same day as the Senior Prom, but that fete was only for the 150-200 rich and famous of the 1,000 kids in my class, so it was a free pass for everyone else.

You didn’t need to tell us twice.

A free pass? Took some of the fun out of it, but let’s drive around a crank up the Def Leppard.

We even convinced a black friend of ours dating back to grade school to also cut and drive around with no particular place to go or be.

Somehow, we ended up outside the mega-sized movie theater (in a senior moment here, I’m blanking on the name) that used to be in the far Northeast – an area that was then a bit more, uh, less colorful – than the lower northeast.

The lines were forming outside for the third of the Star Wars movies – Return of the Jedi, or some such nonsense – well before the first matinee. In those lines, were plenty of minors who should have been in school. Some smaller kids were with adults. The teens, though, were in groups.

It was a school day, and there was a police presence, but the police were clearly looking the other way on truancy.

Except when a patrol car pulled up alongside my beat-up 1974 Chevy Malibu and in the parking lot across the street. I tried to pretend it wasn’t there, but the officer’s glare spoke volumes. Three white kids with one black kid? In that part of the city, at that time of day?

Clearly, if we weren’t already guilty of the crime of the century, we were planning it.

I’m not going to bend the truth and say what came next was a case of brutality, but the following interrogation bordered on harassment. Abuse? No. Abuse of power? Absolutely.

I can’t help but think that the whole thing would have unfolded differently had our black friend, with ID revealing an address in North Philly, had not been in the backseat.

The officer probably suspected he was our dealer when, in reality, he was more “straight” with the use of illegal substances than any of us. He also needed the most convincing about hanging with us that day, and was shaky about going into unfamiliar terrain.

Given all that is coming out in the open about the two Americas and the way they are policed, we were lucky to walk away — in era where the shadow of former police commissioner and mayor Frank Rizzo (below) loomed large — with a stern warning.

Despite my rather obvious ethnic features (see pic below) that would belie an attempt at saying I went to a school of mostly Irish Catholics, I told the officer I went to Father Judge (I knew from one of my hockey friends who attended the boys-only Catholic school that they were off for some reason). 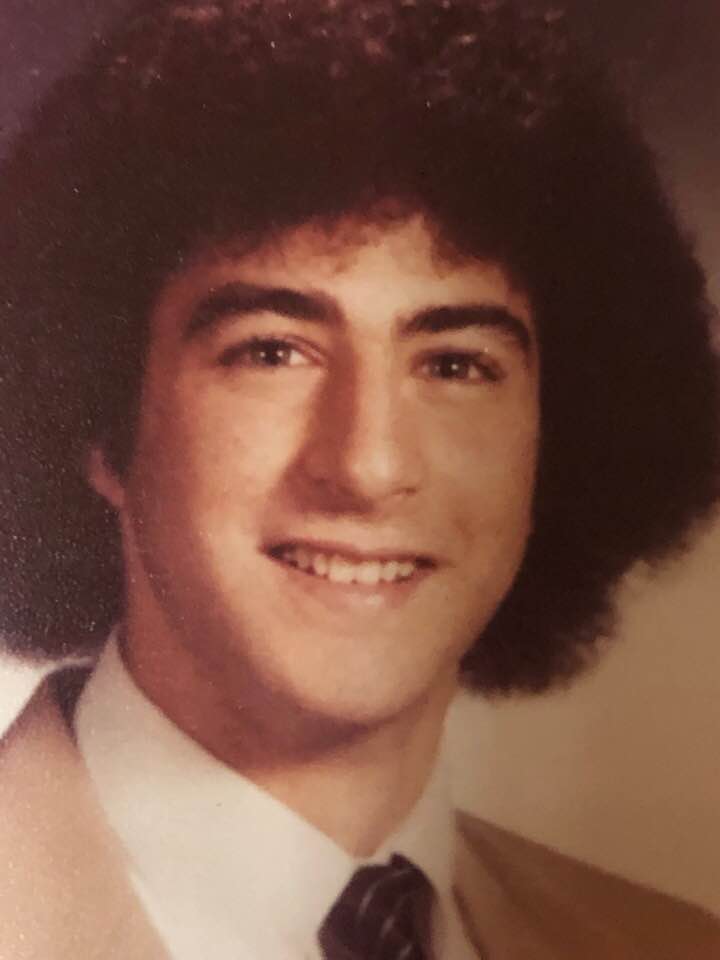 One of my friends with a more obvious Jewish last name and a more tame Jewfro than what I had working (see above), confessed that it was Senior Cut Day at Northeast (leaving me to stick to my flimsy Father Judge story all alone). The officer was still dubious about my black friend in the backseat, but when he couldn’t find evidence of wrongdoing or that my car had been stolen, he reluctantly told us to leave and not come back.

Why am I relaying this story, which is rather benign in the light of the George Floyd case that was merely the final straw on the camel’s heavy back? Because I remain convinced, all these years later, that the whole confrontation would not have happened without  a black friend in the car.

And on Senior Cut Day, we learned more about the harsh realities of the world than if we had been in school.