GORDONVILLE – Moe Berg was a mediocre backup catcher in the big leagues for 15 seasons.

Yeah, so what, you might ask? What makes him any different than any other bullpen receiver with a .243 career average who can’t even crack the roster of the all-time Jewish baseball team?

It was peculiar, in the years leading up to World War II,  that teams of major league all-stars – featuring the likes of Babe Ruth and Lou Gehrig – would travel to Japan and a relative no-name like Berg would somehow be on the roster, only to wonder off on his own instead of hanging with the team.

There is, or was, a running joke about Berg. It went that he could speak X number of languages — five, seven or 12 — but couldn’t hit a curve ball in any of them.

Turns out, Berg – educated at Princeton and Columbia Law School — was doing some pre-war work as a spy, a role that he took on full-time during the war and served as fodder for several books and a 2018 movie titled “The Catcher Was a Spy” (the name of one of the better-known books).

That’s quite a life, and has me longing for my own spy mission, which would be to be dropped behind enemy lines in the burgeoning Civil War for the soul of our nation.

Since we can almost script out the narcissistic speeches of your president (not mine), which are part Hitler Lite and part Rodney Dangerfield “I Can’t Get No Respect,” it’s not even interesting to me anymore.

And I’ve said all along, it’s not the entity that calls itself the president I have the real issue with anyway. It’s those who put him where he is, allowing this country to devolve into a riots in the streets and a pandemic that the administration was not out in front of from the jump.

My ongoing theory that the coalition that put your president (not mine) in position to stain the White House – beyond Russian hackers and staunch Republicans — were racists looking for payback after eight years of a biracial president, those who could not stomach the idea of a female president to the extent that that a womanizer and sexual abuser was the preferred option and people who are so ignorant that they are just so easily seduced by arrogance that they fall prey to the cult of personality?

But, without proof, how would I know, right? I need to be a spy behind enemy lines. I need to be a fly on the wall while they talk amongst themselves.

The chance to get my Moe Berg on came recently when I finally accepted a repeated invite to join a Facebook group of backers of your president (not mine).

I’m not going to reveal the name of the group, as they have a strict “no trolling” policy (odd, since the person who kept inviting knows who I am and where I stand on this sad situation).

So, despite being tempted by the hour, I suppress my urges and stay quiet in the group.

But I take notes.

A lot of them.

In general, the posts are not overtly offensive. It’s a lot of the flag-waving bologna that they think makes them more patriotic because they dare not think outside the lines.

It is the responses in the comments below the posts that confirm how much venom these snakes have their bite.

I’m writing this on June 26, the first day of the Green Phase we are lucky enough to be in because of the work of a Democratic governor, around 1 p.m. There is a post about Joe Biden – who they call the “Biggest Idiot Democrats Ever Nominated” (the first letter of each word spells out Biden’s last name … rim shot) — coming to Pennsylvania and being greets by like three supporters of your president (not mine).

It prompted ingenious remarks like: “Time to send Sleepy Joe to a retirement home in Wilmington, he’s done enough damage to America for a lifetime.”

How so, I wonder? Didn’t say. You get a lot of that on there. More in the way of pronouncements than backing it up with factoids.

Another actually asked why Biden keeps coming to Pa (after they chide him for staying in the basement, even though their immortal beloved hid in a bunker), when it’s obvious that both candidates are going set up shop in all swing states.

The response from the page administrator was “because they are trying to tell the rest of the country that battleground PA loves Biden … And WE all know that just ain’t the facts!”

Actually, page administrator, a poll released 24 hours earlier showed Biden with a semi-healthy lead in Pennsylvania. But, well, I guess that is nullified – or reduced to “fake news” – by using ALL CAPS.

Then there was a “Keep America Great” meme for the 2020 reelection bid. It had two American flags crossed, almost fascist style, and this quote from your president (not mine): “I don’t have time for political correctness and neither does this country.”

That prompted a high number of “likes” and “loves” and this gem of a comment: “One of my many reasons (why) I voted for him. You fix anything without seeing it and correcting it for what it is.”

Next was a picture of Hillary Clinton with photo-shopped dreadlocks that said she was the new name and face of Quaker Pancakes and Syrups and it called her “Aunt JaPresident.”

Break out the white sheets.

The memes aimed at Carly Fiorina for saying she was going to vote Biden (“Mitt Romney in a dress”), Jerrold Nadler (“he justs want to hold subpenis”), Bubba Wallace (“a race CARD driver”)  and Colin Kapernick (“don’t mess with Betsy Ross”), in which his Afro was particularly wild.

There is a meme of two lesbians reading: “Let me guess … (He) is not your president.”

Again, with the CAPITAL LETTERS – equating to someone thinking yelling makes them right – and again with the twisting and turning of the Abraham Lincoln nonsense when Lincoln would crawl out of his grave just to vomit at the way his name is being used.

Of course, the page administrator commented: “YES, we are!” 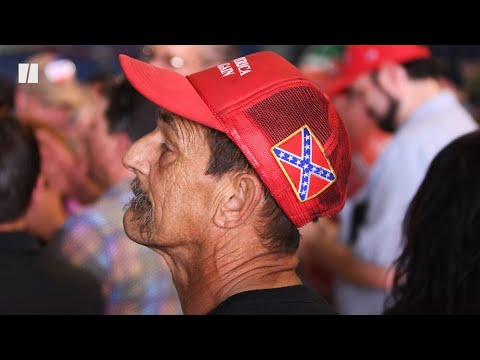 There is an oddly cropped picture of Derek Chauvin that goes from the waist up, not showing his knee on George Floyd’s neck, and a reminder than he was a Democrat in a city run by Democrats (like most cities).

There is another cropping out the crazy hair of your president (not mine) and photo-shopping up his face enough to make him look semi-human.

Lastly, there was a video clip of a black man decking a young white (or Asian woman) female. The accusation that it was for not kneeling at a protest, but the grainy video was inaudible and she was wearing what looked like a winter coat (suggesting it wasn’t from the recent spate of protests). You never ever hit a female. I get that, but they can’t say 99 percent of all cops are good and not acknowledge that the vast majority of black men wouldn’t act this way, either?

And these comments … wow!

I could report them, and have the page taken down, but that would blow my cover.

Here are a few lowlights (poor punctuation — and profanity — left in, destroying my editor’s instincts) in this give and take:

-Poster A: “That my friends is a nigger. Say what you want.”

-Poster B: “At last someone with the balls to say it!!!They need fuckin’ destroyed before they ruin the country.”

-Poster A: “These dumb fucks need a history lesson. Slavery didn’t start here it ended up here and there are more rights for blacks in this country than whites the problem is they want everything for free and to play the race card because that’s what the Democratic Party has been feeding them since the late 30’s”

-Poster B: AMEN!! And the more we allow them to play the race card and get shit for free the more the problem gets perpetual motion in the action of bringing this country to its knees.”

And there was more, proving that Facebook’s Faux battle with hate speech can only be effective without a colonoscopy with the pages supporting your president (not mine).

“Give them their own state! In 5 years they will kill each other and then take the state back!”

“put that stray dog down … he won’t be missed”

“It coming people. Wake up fast! Notice most of them pick on women and old people.”

“That’s what they do folks. Wake up out there.”

“Again I’m asking that someone PLEASE send me a video of a bunch of white kids beating on a black kid!!! I don’t know if they just don’t video it or it doesn’t happen?? I know I have seen a dozen of these videos. I think I’m questioning who the real racists are!!!”

Yep, here I am, behind enemy lines. It’s a dirty business. I can see why Berg turned down a Medal of Freedom after the war. He probably just wanted to take a shower and forget it ever happened. 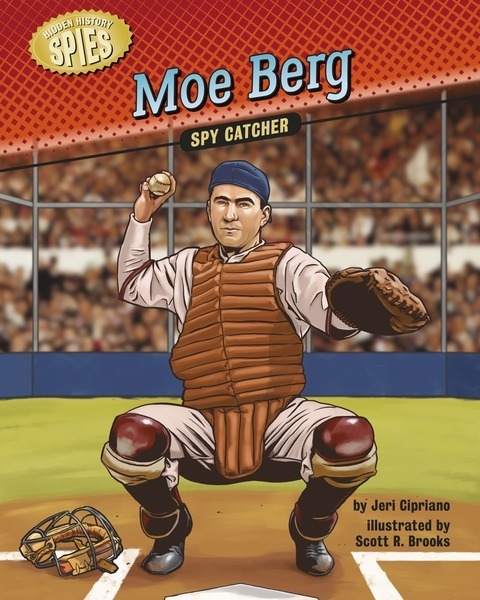