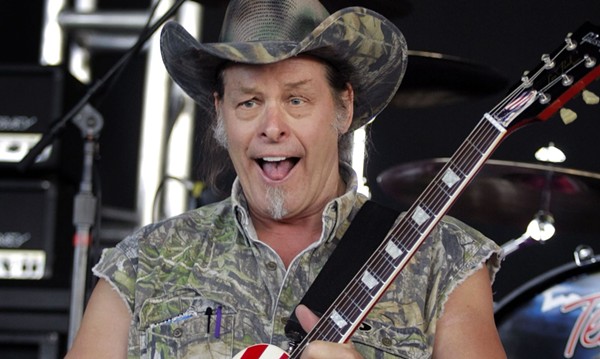 GORDONVILLE — Three years northbound of 50 (the new 30), I’m old enough to remember when the term “jive turkey” was as common as men wearing platform shoes and women all trying (and failing) to look like the one and only Farrah Fawcett (my second celebrity crush after Marcia Brady).

With us now into Thanksgiving week, we are a country in such turmoil that we are deathly afraid to stray from narrowing choice of safe topics just to avoid the fun of the healthy political debate that should be as required as cranberry sauce.

Adding to the tension is the outside noise from jive turkeys keeping the volume raised.

A start would be to end the constant “gobble-gobble” of certain attention seekers. They have their pulpits – i.e. blogs, Twitter accounts, microphones in front of their non-stop traps, etc. – but that doesn’t mean anyone is required to take in their sermons as gospel.

For this pre-Thanksgiving public service, we will exclude elected officials and full-time employees of accredited media outlets, from the PNML (Pay No Mind List).

As for the rest, get these noisemakers out of your life:

1) Michael Avenatti – During minutes 10-12 of his 15 of prime-time exposure as Stormy Daniels’ lawyer, some saw him as an out-of-the-box Democratic presidential candidate who would actually bring some fight into the ring. His act has since worn thin, though. A recent poll of Democrats showed him with less than 1 percent support as a candidate in 2020. Bye, Michael. Hello, Richard Ojeda of West Virginia, a new gloves-off kind of a guy.

2) Steve Bannon — For many of us, any chance to give the president half a chance was ruined in Charlottesville. That horrific August weekend in 2017 – from the planning, to the chilling nighttime Nazi-to-English chants to the equal blaming of both sides afterward – had the DNA of Bannon, then serving as White House Chief Strategist, all over it. He has since departed from that role. That’s the good news. The bad news? He still draws the same air as the rest of us, and has a full calendar of public speaking engagements to prove it. Ain’t that America for you and me?

3) Ann Coulter – If we had a dollar for every idiotic thing this Cornell graduate has written and said just to grab back the attention she briefly enjoyed a decade ago, every homeless veteran would have shelter and every hungry child would be fed. She has a right to spew her nonsense – “liberals love America like O.J. loved Nicole,” etc. — but we have a right to ignore it.

4) Louis Farrakhan – No denying the good he has done within the black community, with the Million Man March of 1995 serving as a highlight, but there is no denying the bad vibes puts out simply because he just won’t let his raging anti-Semitism rest. With each incendiary remark (questioning what Jews did to Hitler to earn what they got), he loses any credibility in the mainstream — let alone the mainstream black community.

5) Kardashians – Not going to break it down to this Kardashian or that Kardashian. They are not even worth the time I just spent on them.

6) Ted Nugent – Going back to the Classic Rock era, when people used the term “jive turkey,” this guy was just another B-level turkey mostly known for one song – “Cat Scratch Fever.” It seemed nonsensical at the time, with lyrics just to serve as fodder for his half-decent guitar chops. Upon further scientific review, “Cat Scratch Fever” is an ailment with long-term side effects of brain damage. Nugent is entitled to extreme right-wing views, but a “tough guy” who admittedly did whatever it took to get out of going to Vietnam shouldn’t be considered a cogent voice in the political debate.

7) Sarah Palin – Oh, man, what was the late John McCain was thinking by adding someone with limited political experience (not even one full term as governor of Alaska and mayor of a small city) to the bottom of his presidential ticket in 2008? Right idea, going with a woman, but the wrong choice. Those who were bitter about Barrack Obama winning the presidency, and immediately – and curiously – demanded their country back, should trace their angst to Palin, as she may have cost McCain the election (I know it made my decision easy). She seemed to go away for a bit, but was empowered all over again by the outcome of the 2016 presidential election. Ugh!

8) Phil Robertson – Ah, the Duck Commander of Duck Dynasty infamy. Remember that? The once formidable A&E Network chose to grab the low hanging fruit and produced a reality show about a family of duck hunters. You can’t make this stuff up. His relatives grew beards to fit the façade and, with consequences we are still dealing with, western civilization went on life support as ratings soared. The show ended, and his kinfolk shaved their beards and went back to the real world. Meanwhile, Robertson’s sense of self-importance continued when he became a right-wing Buddha often propped up by Bannon. If you hear this guy’s patented duck call (eye roll), please duck!

9) Melania Trump – I have kept her off-limits, but no more. The first “lady” is suddenly sticking her beak in where it does not belong, ripping a page out of Nancy Reagan’s playbook (and we know why Mrs. Reagan had to become increasingly protective of her husband). Isn’t it ironic that Mrs. Trump’s stance is supposedly against bullying, especially cyber bullying? She not only condones it with her husband’s 3 a.m. Twitter tantrums, but she is becoming one herself. What’s up with that? Three cheers for the Einstein Visa.

10) Kanye West – Already public enemy No. 1 on the Glantz home front for that bizarre awards-show incident with Taylor Swift back in 2009 (Sofia was only 2 at the time, but she knows every detail the way I do about the JFK assassination that took place two years before I was born). “Kanye being Kanye” was a cover-up for clear untreated mental health issues. He lauded the president’s persona, earning a bizarre visit to the White House, and then changed what is left of his mind about his support. We are dealing with the ultimate jive turkey. And don’t get me started on the “music.” I’d rather listen to Ted Nugent.

This column first appeared in The Times Herald.