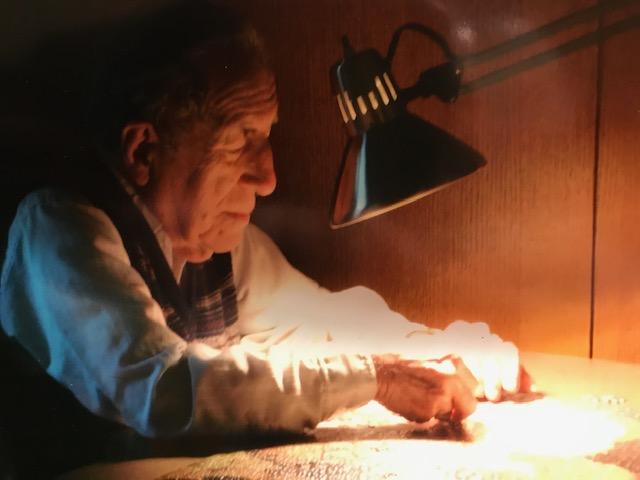 GORDONVILLE — It was just the other morning that I glanced over my shoulder and told my dog Rex I’d walk him once I finished the arduous task of dressing in a suit (tying a tie is rocket science in Gordonville).

When there was no response – at all – I took a closer look to see if it registered with a pooch who comprehends English at a high school level.

Turns out, I wasn’t speaking to Rex.

I was promising to walk a black sweatshirt that I easily mistook for Rex, who is well-known for his inertia (also at a high school level).

The humor was not lost, and my first thought was that my Uncle Phil, a longtime veterinarian who loved a good joke almost as much as he did telling one, would particularly enjoy hearing that I briefly got my lazy black dog confused with a sweatshirt of the same color.

The only issue was that I could not tell Uncle Phil about it.

That morning, I was getting dressed for his funeral.

Uncle Phil had died a few days earlier at the age of 95.

While more reason to celebrate a life well-lived than to mourn, the world was left a lesser place unless we accept the challenge to live life the way Uncle Phil did.

I have learned in 54 years on the planet that people are not perfect, and that we all have to accept their good qualities with the not-so-good.

But, in my uncle’s case, I’m reminded of the old documentary-style television show, “In Search Of,” narrated by Leonard “Mr. Spock” Nimoy.

In this episode, the goal would be to search for Uncle Phil’s missing downside.

He was a rare jack of many trades (square dancing, ping-pong, playing bridge, golfing) who mastered them all with sheer joy and zero cockiness.

Even at his funeral service, I learned new things about a man I had known my whole life.

Example: While I knew he was a virtuoso piano player, I had no idea he plied his classically-trained chops in the famed Catskill Mountains before settling down with my late Aunt Miriam (my father’s sister) and becoming the Dr. Doolittle of South Jersey.

What I remember from my youth was that a family gathering wasn’t officially a party until Uncle Phil arrived, armed with new jokes and stories to tell.

He was always at the piano well in time to play “Happy Birthday” for whichever niece or nephew was being feted.

And there he would stay — save maybe a break to smoke his pipe — playing the role of the character depicted in Billy Joel’s “Piano Man.” 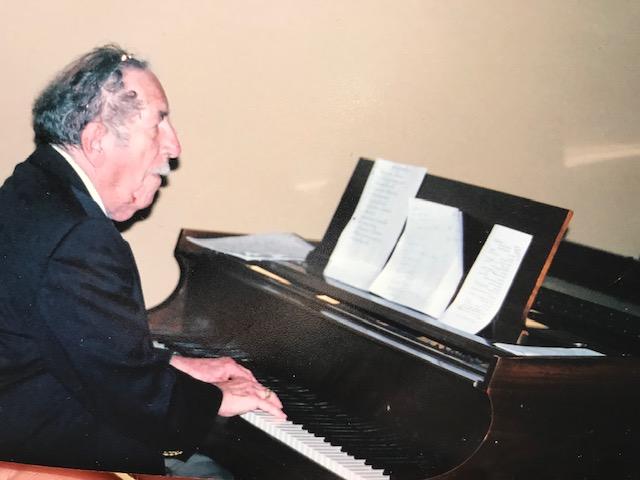 Ironically, Joel also wrote a song called “Only The Good Die Young,” and there is no denying the truth behind the sentiment.

Uncle Phil lost a child — my cousin, Francine — at age 35 to Scleroderma. He kept vigil at her bedside and maintained a brave face for her sake.

It was not the first time he went through the drill.

He never left the side of his older child, Alan, who only narrowly survived a hit-and-run accident while riding a bike while in college.

With Francine, there would be no miracle. Her passing seemed surreal.

I remember entering the same Cherry Hill funeral home where his recent service was held, and being greeted by the overpowering sounds of wailing from Uncle Phil.

He was rightfully inconsolable the day Francine was laid to rest, but he somehow found light in the darkness and eventually reclaimed the same joys in life.

We are talking about someone who attended college – and vet school – at the forerunner of Auburn University in Alabama, a place where a Jewish kid with a thick Brooklyn accent would have trouble today, let alone in those days of black-and-white photos and mind sets.

But, knowing Uncle Phil, whose infectious laughter even oozed Brooklyn, you just know it was likely never an issue.

In my flood of all positive memories, I go back to the first Thanksgiving we hosted at our new – and current – house in 2003.

We were so proud – and nervous.

I invited an old summer camp friend I hadn’t seen in about 20 years to stop by for a bit. It was Uncle Phil, more than anyone else, who went out of his way to make this old friend feel so welcome that he stayed for hours instead of minutes.

When Aunt Miriam passed away, Uncle Phil fulfilled her prophecy of getting a girlfriend.

He didn’t detach from Aunt Miriam’s side of the family, though. He just brought his companion, Marilyn, to events and carried on as our piano man until his fingers finally betrayed him.

Uncle Phil living to 95 was not by accident. While his kidney functioning got to the point where he needed dialysis three times a week, his spirit was not broken.

He made the most of it, planning out which classic music he was going to play through his iPad during dialysis.

This week’s funeral was more than just a tribute to someone who defied the axiom about only the good dying young.

The good vibrations came easier to Uncle Phil, I believe, because he saw the good in himself.

And there was plenty of it to see.

At the funeral, we were all charged with the task of keeping his memory alive by doing as he would have done.

Be the first to make a stranger feel welcome, conquer your own insecurities enough that you don’t project them onto others, and enjoy the complexities of simple pleasures.

For a sourpuss such as myself, it won’t be easy. But, I’m going to give it a whirl.

I challenge a lot of you, who surely know someone like Uncle Phil within your own personal orbit, to do the same.

The world will be a better place.

This column appeared in The Times Herald on June 2, 2019

1 thought on “Celebrating A Life Well-Lived”