And I’ll do it again tomorrow — and will continue until I can’t anymore.

These votes, which are allowed on repeat (and hopefully without Russian interference), are cast online for the Rock and Roll Hall of Fame.

The Hall got over itself and allowed fan voting to become part of the process, and that led to some overdue inductions (Rush, Journey, The Cars) but inherent injustices remain because the playing field is still made uneven by a self-righteous group of know-it-alls creating the ballot.

The 2020 induction nominees include some who just became eligible (25 years since their first release, some who have been eligible but have not been on the ballot and others who are repeat nominees).

My first reaction to the ballot was one of both joy and disgust. I was excited to see Benatar, Rundgren and T.Rex but some of the others – Whitney Houston, The Notorious B.I.G., Rufus featuring Chaka Khan, Depeche Mode and MC5 – continue to cause me angst. 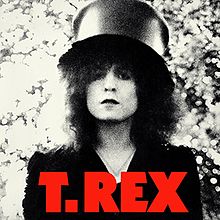 Over the years, the Hall has defined and redefined what is and isn’t Rock so many times that it is enough to make a statue dizzy.

Considering the varied genres that merged into some magical chemistry to make rock and roll what it became, it is understandable that some lines will get blurred.

But something stinks in the town of Cleveland, which is somehow home to the Rock and Roll Hall (should have been in Philly, but don’t get me started).

Either those who pull the strings from behind the curtain are tripping over themselves to be too inclusive, or something more subversive could be at play. They could be trying to monopolize all music outside of opera under one roof.

Since 1961, Nashville has been home to the Country Music Hall of Fame.

There is a Hip Hop Hall of Fame and Museum in New York City that was established in 1992.

There is a Rhythm & Blues Hall of Fame. Founded in 2010, it is currently a mobile museum with several cities bidding to be its permanent home.

Plans are afoot for an American Pop Hall of Fame in Western Pittsburgh and a Folk Music Hall of Fame with a broad vision and not many firm details.

Meanwhile, the R&R Hall continues to violate trespassing laws to fish in other ponds while ignoring many of its own.

There was not much criticism early on, as choices like Chuck Berry and Elvis Presley seemed rather obvious.

The shark was officially jumped in 2007, when The Dave Clark Five finished fifth in the voting, earning the final spot, but the spot was given away by self-appointed chairman Jann Wenner (publisher of Rolling Stone magazine) to Grandmaster Flash and the Furious Five because of a perceived dire need to include a rap act.

The curious ballots and omissions ever since have landed the entity in a world where it is not taken seriously.

Me? I’m still trying. That’s why I still vote.

I grew up listening to AOR (album-oriented rock), which was gargantuan from the late 1960s through to the arrival of the MTV era of the early 1980s.

A band could sell a zillion records and pack arenas without ever putting a song in the Top 40. Those were the days.

But many of the artists and acts of that era – Bad Company, Jethro Tull, Foreigner, Warren Zevon, Foghat, Supertramp, Boston, Styx, Peter Frampton, Kansas, ELP and those I voted for (Benatar, The Doobie Brothers, Judas Priest, Rundgren and T.Rex) – are annually spurned.

Ironically, there is a channel on Sirius Radio – Classic Vinyl – that broadcasts live from … The Rock and Roll Hall of Fame. You hear these bands, not past “pop” inductees like ABBA or Bee Gees, all the time.

And then there are the singer-songwriters that once owned the music scene. I’m talking about Gordon Lightfoot (pictured below), Harry Chapin, Jim Croce, Carole King (in the Hall as a writer but not a performer, despite her seminal “Tapestry” album that blazed a trail for female singer-songwriters for decades) and John Denver.

And then we have the curious omissions of America and Seals and Crofts.

Not rock? That argument can only be made if The Eagles, Crosby, Stills & Nash, Simon & Garfunkel (and Paul Simon) and James Taylor were not among those inducted.

Music is subjective. I get it. But there can still be a measure of objectivity to it — just based on body of work and evidence and what fits the definition of rock in the most loose of terms.

This column ran in The Times Herald on Oct. 27.